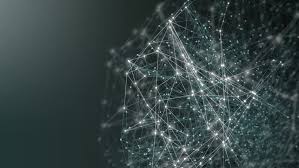 Traditional hierarchical corporate structures often results in suboptimal outcomes and unsustainable solutions for employees. By contrast, in the environment of decentralized autonomous organizations (DAOs), influence and outcomes are not created by hierarchy but rather determined by the value a token holder contributes to the DAO. This “value to effort focus of work flows” in the DAO structure has the potential to change the way society works and creates outcomes.

The first DAO was launched in May 2016, in the founders’ attempt to set up a corporate-type organization without using a conventional corporate structure. The founders’ central idea was that the wisdom of the crowd would lead to smarter and more game-changing investment decisions. The DAO had to operate as a kind of venture capital fund managed directly by the token holders.

The DAO governance structure was built on software, code and smart contracts that ran on the public decentralized blockchain platform Ethereum. The DAO did not have a physical address as it was merely computer code. And it was not an organization with a traditional hierarchy as we know it from traditional corporate structures where authority and empowerment flows downwards from investors/shareholders through a board of directors to management and eventually staff. Indeed, it had no directors, managers or employees. Because a series of smart contracts granted DAO token holders voting rights, the blockchain-based smart contracts imitated the role of articles of association or bylaws. Because the DAO code was open source, the token holders would not only vote on “investment proposals”, but also on any change made to the code. Accepted proposals would also be backed by a software code, defining the relationship (in terms of rights, obligations and performance metrics) between the DAO and the funded proposals.

During a crowdfunding campaign in May 2016, all investors could become a DAO participants by purchasing DAO Tokens. The DAO raised more than $168 million from approximately 10,000 “investors”. DAO Tokens were designed to be fully transferable and tradeable on “peer-to-peer” exchanges, similar to shares in a traditional listed corporation. The automated structure was intended to give “participants” in the DAO direct real-time control over contributed funds. Alas, things went terribly wrong with the DAO. Fundamental flaws in the DAO code enabled hackers to transfer one third of the total funds to a subsidiary account. This hack in combination with additional technological limitations ultimately brought down the DAO initiative. However, new DAOs are being created in the donation context which helps optimize the coding flaws and get the DAO ready for different consumer facing applications in different settings.

Compensation in the DAO Structure

Compensation in the form of token appreciation originates from supply and demand and liberates DAO members from the shortcomings of existing corporate compensation practices. The compensation afforded to DAO members can take the form of increases in value of the DAO token the members own. Because the total outstanding and publicly held supply of tokens for any given DAO is fully transparent and pre-determined in code, the value of the respective DAO tokens increases with demand. Moreover, because the total supply of tokens is pre-determined in the DAO code, dilution by central administrators such as government officials or self-interested or biased executives/supervisors/CEOs is impossible. Moreover, the alignment of interests between shareholders and management in the existing corporate structures via stock options, among others, and their suboptimal effects on sustainability, reporting, and work environment, is no longer necessary.

The priorities and work schedules of DAO members are not determined in a classical top-down corporate hierarchy. In fact, the traditional forms of command and control, giving and receiving orders does not exist because the functionality of a supervisor, CEO or boss does not exist in a DAO structure. What facilitates the cooperation of DAO token holders is the compensation of DAO members that, in addition to the supply and demand of tokens and token appreciation, can take the form of earning tokens by performing tasks for the DAO. In other words, by supporting the DAO achieve its objectives DAO token holders can earn a separate income in addition to token value appreciation. While token holders in the DAO community may identify DAO requirements or needs, such as for instance a new or optimized webpage that helps the DAO community, such requirements are not identified in the form of a mandate. In other words, no particular DAO member is tasked with performing the identified optimization.

DAO token holders are free from existing corporate hierarchies and their restricting effects. People who work for a DAO are not subject to a supervisor or CEO. Instead, DAO workers work in a dynamic set of working relationships that continuously and dynamically self-organize around projects and outcomes, not corporate hierarchies with implicit hierarchical biases and associated suboptimal outcomes.

Non-performance penalties in the DAO structure are free from biases. If DAO community members do not deliver on a proposal that was voted in by the DAO token holder community they lose credibility in the DAO token holder community and may be perceived as lacking an ability to add value. In fact, non-performance on proposal comes with significant reputational penalties. Non performers in the DAO structure will be less likely to have future opportunities to earn tokens because the other token holders are unlikely to approve non performer proposals. Crucially, non-performance reputational penalties are entirely free from racial or cultural biases and associated implications as the token holders are unlikely to even know each other. Rather, they all work towards a common goal of optimizing the DAO and the token value.

The DAO token holders’ focus on adding value benefits all constituents. Because projects that cannot add value take token holders’ time away from more productive endeavors, token holders become focused on managing their time and efforts. Unlike in traditional hierarchical organization where face-time and unproductive meetings are the norm, the self-governing DAO token optimizer avoids any such corporate hierarchy inefficiencies and frees herself from top-down inefficiencies and bad outcomes. In essence, the DAO work proposal and value optimization structure allows the avoidance of bad projects, bad colleagues, and unproductive meetings. The only thing that counts is the value proposition. In other words, the focus shifts from political positioning and supervisor pleasing without performance to a laser sharp focus on adding active value to a given project. If value can be added, the tasks will be performed, if the assessment of the proposal suggests that the value proposition is in doubt token holders will try to spend their time and skills on more productive and value-adding tasks. Importantly, because the DAO structure functions without supervisors DAO token holders who decide they cannot add value on a given task can move to more productive endeavors that better utilize their skills without any penalties that would exist in the traditional hierarchical corporate structure.

Politics in the DAO structure have a different nature compared with traditional hierarchical corporate structures. In a traditional corporate hierarchy, position in the hierarchy and associated authority determine effort. In other word, the supervisor in the hierarchical structure can determine where, what, and when workers have to perform, resulting in suboptimal outcomes, attendance of unproductive and useless meetings, among many other negative effects. By contrast, in the decentralized DAO environment, influence is determined by the value a given token holder contributed to a project’s success.

The value-focused performance in the DAO structure helps optimize work flows and creates sustainable solutions for DAO token holders. The supervisor in the traditional hierarchical corporate structure can determine where, what, and when workers have to perform, which often results in attendance of unproductive meetings, facetime, support for suboptimal outcomes to please supervisors, among many other suboptimal outcomes. By contrast, in the decentralized environment of decentralized autonomous organizations (DAOs), influence and outcomes are not created by hierarchy but rather determined by the value a token holder’s contributions to a project’s success. Moreover, if a token holder adds substantial value to the DAO, other DAO token holders will want to add their skills in the same context which focuses the token holders’ efforts on the highest possible value proposition. This “value to effort focus of work flows” in the DAO structure has the potential to revolutionize the way society works.

The traditional regulatory infrastructure that attempts to overcome the corporate governance problems associated with the separation of ownership (shareholders) and control (management) relies heavily on fiduciary duties. In the DAO structure such duties are no longer needed. Because of the value to effort focus of work flows in the DAO structure, supervision of management and imposition of legal duties on management is less needed because there are no supervisors. Rather, token holders optimize the DAO together according to their best value propositions in accordance with their unique skillsets, backgrounds, and training.

In summary, DAO token holders have enormous incentives to create value for the DAO based on their respective beliefs and skillsets and not based on expectations of supervisors in traditional top-down corporate hierarchies. In other words, the DAO value creation efforts by DAO token holders is free of implicit biases and cultural norms, helping to create a freer and less unequal society.

Professor Wulf A. Kaal is a professor of law and a leading authority on emerging decentralized technology. He authored over 100 articles and several books. View all posts by Wulf Kaal - Professor, Book Author, Consultant